I try not to work on Friday mornings. I usually have a few hours of work to do in the afternoon but one of my favorite things to do Friday morning is to make my family breakfast - or admittedly run to McDonalds or Starbucks and grab us some “bites” as we’ve grown accustomed to calling it (thanks to our almost 2 year old son, Elliot). This time with my family means more to me than I can really explain.

What about spending chunks of money on fun things? I love this idea and I do it occasionally. For example, I recently bought round-trip tickets to Australia for me and Carlie (my wife) this August. I got an absolute killer deal (thanks to Scott’s Cheap Flights) that I couldn’t turn down. We’re talking round trip tickets for just over $500.00. I’m open to Australian travel tips as I’ve never been BTW.

Do you ever feel guilty for spending money on trips or for not signing up for an extra shift at work? We all do. And that’s ok. This is our mind telling us that we need to control our spending.

I track every penny I spend and I make sure that I’m allocating money to our various accounts (savings account, emergency fund, 529 college savings accounts, IRA’s, etc.). If our accounts dip below the optimal amount, I make sure to refill them before I spend more money. When I spend money on dumb things - it happens... to all of us - I try to learn and change my behavior. I’m getting better at it.

As a Financial Advisor, I frequently hear clients explain that they were afraid to hire Liftoff because they thought we would force them onto a “rice and beans” financial diet and that the fun would immediately be sucked from their lives. Not true.

Life is about balance. It has to be. It sucks if it isn't.

We sacrifice today so that we can have security tomorrow. But what if tomorrow never arrives? What if we pass away unexpectedly? What if I spent 80 hours of my week working to make as much money as possible and in the blink of an eye my children are 18 and have moved away? Is more money really worth missing out on parts of life that we may never get back?

On the flip side, if we don’t do adequate planning now, we may be forced to work well into our 70’s or even 80’s and we will never be able to check off the items on our bucket list. If we spend all of our income without allocating some of it to saving and investing, we are missing out on the most important aspect of investing - time.

Patrick O'Shaughnessy illustrates the power of “time in the market" beautifully in his book Millennial Money.

“When I was seven years old and in first grade, before realizing how destructive it could be to my playground reputation, I played competitive chess. With time to kill between tournament games, my dad would often tell me the story of the chess master and the emperor. The story went that the inventor of chess was showing the new game to his emperor and the emperor was so impressed that he offered the man any reward that he desired. The man’s clever request was that the emperor place one piece of rice on the first square of the chessboard, two on the second, four on the third, and so on, doubling the rice grains until all 64 squares were filled. Trying to teach me a lesson, my dad would then give me two choices for a reward of my own: I could do the same chessboard doubling with pennies instead of rice grains, or have one million dollars. At the time, I was only able to double numbers up to 32 or 64, and much more concerned with when I was going to be able to play Mortal Kombat again than with his damn riddles, so I chose the million bucks. Well, when my father explained that if I’d chosen the doubling pennies I would have had $ 10 million by the 31st square and $ 92 quadrillion by the 64th, I felt pretty dumb. This was my first lesson in the miracle of compounding, a very simple, but very powerful, bit of math. Compounding is so important for young people because each year of our lives is like a square on the chessboard—and we have a lot of spaces left ahead of us. Compounding is the engine that will make our stock portfolios grow, and time is the fuel. The key to compounding returns is that they have a much larger influence on our fortunes later in life than they do early on. Even if the percentage gains that we earn stay the same every year, the dollar gains will be much larger in later years.”

I get excited when I think about compounding returns. The human mind is great at thinking linearly. When you add an exponent, that’s when things get sexy.

James Clear illustrates the power of compounding returns in relation to human behavior modification in his book, Atomic Habits. 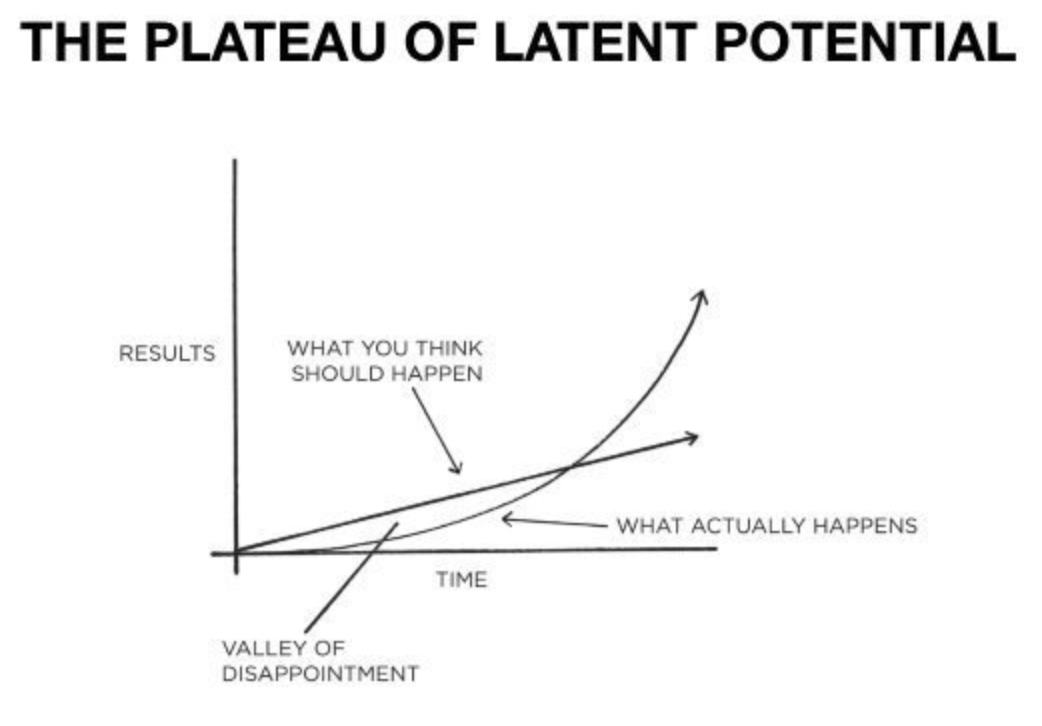 The Valley of Disappointment is where most people quit.”

When you set up a financial plan and start saving money, it’s almost certainly going to be boring for the first few years. You’ll be contributing to investment accounts instead of buying random things, and the excitement won’t immediately be felt. The same thing is felt when you decide to pay down debt in a more aggressive manner. It may not feel like you’re making an impact but you are.

You’ll make it through the disappointment and soon you will be amazed at how much you’ve been able to save. Think of the chess example when times get hard. Maybe do something silly and carry around a chess piece to remind you of your goals. I’m a sucker for cheesy things like that.

If we stick to our financial plan, we can achieve financial freedom, take some time off of work occasionally, enjoy a vacation, save for our children’s college tuition, and take the fear out of money - all at the same time. Some sacrifice is required, but with the right plan, the right goals, and some good old fashioned discipline, we can make it.

Financial planning can be fun!

Here's a couple of photos of us on a vacation. I had a work conference in Los Angeles so we added an extra 2 days to the trip to make sure we hit up Disneyland. Elliot was in heaven... so were we. 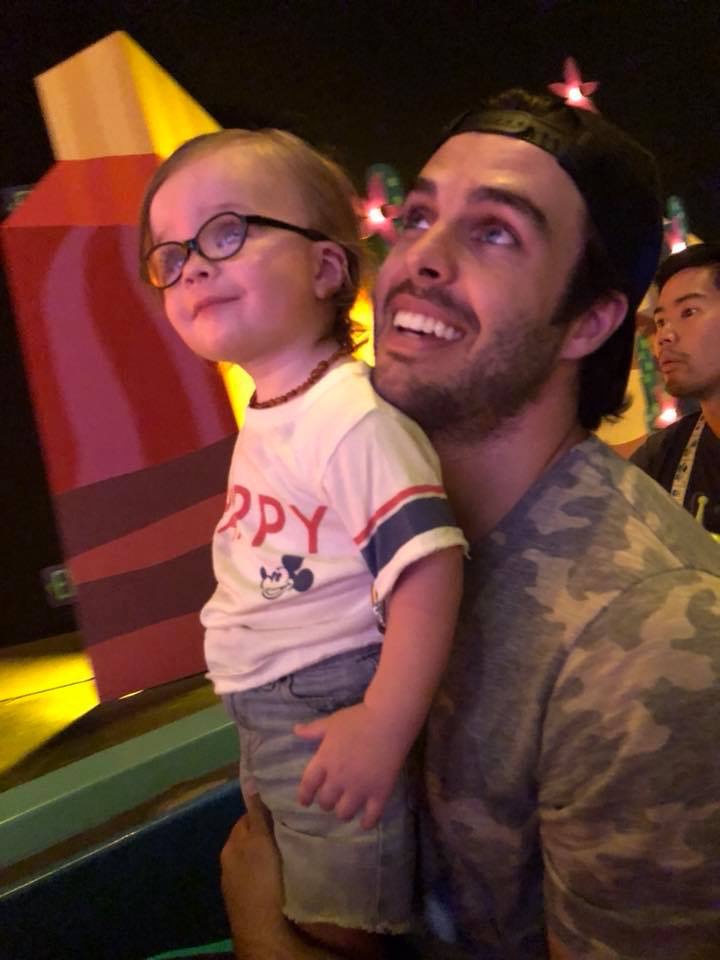 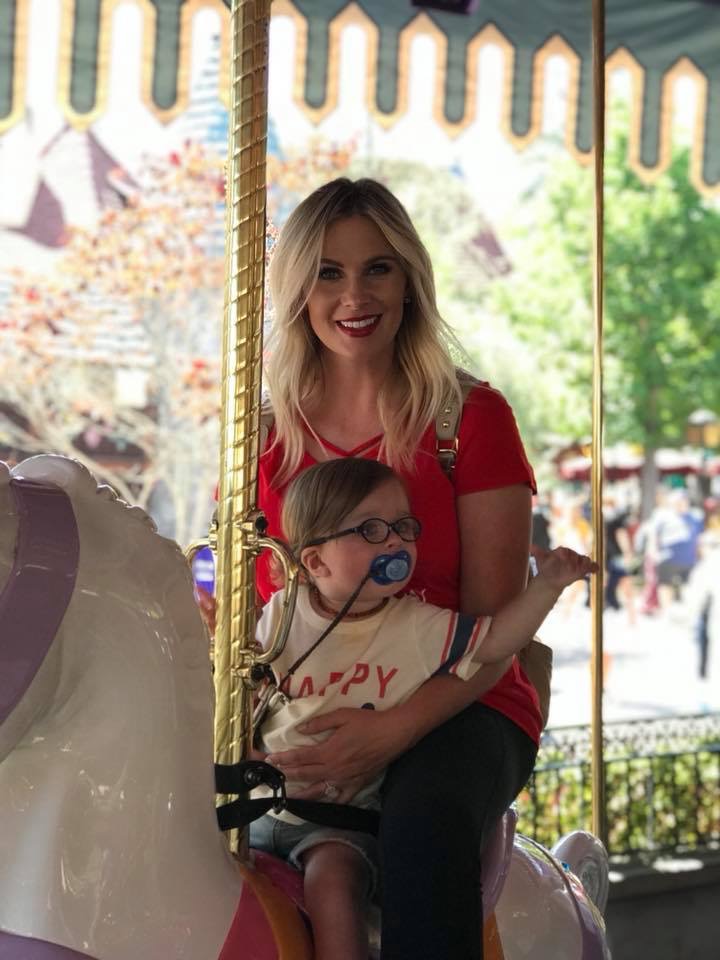